In case you missed it earlier (translation: I posted it to the wrong blog... Oops!), here are the winners of my blog tour giveaway for a $25 amazon gift card and 4 copies of Danny.


The winner of the $25 Amazon giftcard is June Manning. Congratulations, June!

The four winners of a digital copy of Danny are:

All winners will receive their prizes Friday, June 28th, 2013.
Posted by Unknown at 2:32 PM No comments:

Today, I am thrilled to be able to welcome Entranced Publishing's only male author to the blog. Vince does an amazing job of putting up with all of the Entranced estrogen that comes from a gaggle of female authors, and he does it with a sense of humor.

His debut YA novel, Vision of Shadows, comes out in December. He's here with me today to talk about his journey as a writer and where it all began. Take it away, Vince!

24 May
Musings from an Addicted reader
Guest Post and Excerpt

28 May
Lola's Reviews
Review and Excerpt

6 June
Babbling about Books, and More
Character Interview with Danny and Excerpt

8 June
Delirious Musings of a writer
Author Interview and Review 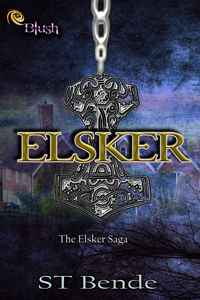 Today, I'm excited to have NA author ST Bende on the blog. She's brought along the main character from her debut novel ELSKER, Kristia Tostenson, and they'll be talking about how Kristia spent the Norwegian holiday, Syttende Mai.

Allow me to introduce, ST Bende and Kristia Tostenson!

ST: Hi Margo -- thanks for letting me visit your blog!  I’m so excited -- this weekend is Syttende Mai, Norway’s Constitution Day.  And since my debut novel, ELSKER, is all over the Scandinavian mythology, I brought ELSKER’s Kristia to tell us how she celebrated Syttende Mai with her beau, Ull -- the Norse God of Winter.  Hey, Kristia.

Kristia: Ull’s great.  He’s sleeping off a bit of a sugar coma today.

ST: Naturally.  Tell everyone why Ull’s in a sugar coma.

Kristia: Well, yesterday was Syttende Mai - it’s a big Norwegian holiday that celebrates the day they signed their constitution.

ST: Sort of like Fourth of July?  If y’all don’t know, Kristia’s from Oregon.

Kristia: Yes.  Sort of.  But Syttende Mai isn’t celebrated with hot dogs and sparklers like we celebrate the Fourth.

ST: How did you celebrate?

Kristia: Ull took me to a garden party at the Norwegian Seaman’s Church by our college, in Cardiff.

Kristia: You’ve heart of it? *smiles*

ST: Once or twice.  So what did you do at the church?

Kristia: They put on a little program about the history of Norway.  Then we all sang Ja Vi Elsker, the national anthem, and we marched around the church waving flags.

Kristia: *laughs* Like a parade.  Only there were no spectators, everyone was in the parade.

ST: So the whole congregation marched around the church waving flags. Did Ull wave one?

ST: I’d have loved to see that.

ST: Those were your words, not mine.

ST: And what did you and the Nordic Adonis do after the parade?

Kristia: There was a luncheon in the garden.  Amazing food, and of course waffles for dessert.

Kristia: Exactly.  But then we all went back to Ull’s place --

ST: Kristia, this is a family-friendly interview.

Kristia: Please.  It’s not like that, you perv.  I meant Ull and Inga and Gunnar and I went back to their flat to hang out.

Kristia: And his best friends.  They’re gods too, and they followed him here from Asgard.

ST: So what did you do back at their flat?

Kristia: Well, Inga had these amazing little cupcakes she’d baked the night before, so we had cupcakes and played Rumikub and then I went home.

ST: I know what Rumikub is.  But seriously?  That’s what you did when you went back to Ull’s flat?

ST: Jeez, this is a family friendly interview.

ST: Did Ull at least kiss you goodnight?

Kristia: *blushes* What do you think?

Kristia: I’m not talking about this.

Kristia: Deal.  I’m headed over there right now to take care of him.

ST: Of course you are. *waggles eyebrows* Have fun, missy.

Kristia: *waggles eyebrows back* Oh, I will.

THE ELSKER SAGA is available from Entranced Publishing.

TUR, the prequel, can be downloaded for free HERE.

ELSKER, Book 1, is available from Entranced, Amazon and Barnes & Noble.

Blurb: Kristia Tostenson prefers Earl Grey to Grey Goose and book clubs to nightclubs, but when she transfers from her one-stoplight town to Cardiff University in Wales she falls in love with Ull Myhr. Her new boyfriend isn’t exactly what she was expecting. He’s an honest-to-goodness Norse God — an immortal assassin fated to die at Ragnarok, the battle destined to destroy Asgard and Earth. Kristia’s crazy visions are the only thing that can save their realms.
Her orderly life just got very messy.

Author Bio:
Before finding domestic bliss in suburbia, ST Bende lived in Manhattan Beach (became overly fond of Peet’s Coffee) and Europe… where she became overly fond of the musical Cats.  Her love of Scandinavian culture and a very patient Norwegian teacher inspired The Elsker Saga.  She hopes her characters make you smile and that one day pastries will be considered a health food.

ELSKER - Book 1, THE ELSKER SAGA
At eight o’clock, a firm knock interrupted my reading.  I picked my way through the flower shop that our living room had become and opened the door.
“Oh good, you kept my peace offerings.”  Ull treated me to a rakish grin.
“Just a few of them,” I muttered.  “Come on in.”
“Oh, no.  You must come with me.”
“Why?”  I challenged.  Ull sighed.
“Are you going to fight me at every turn?”
“Probably.”
“Please come.”  He looked so adorable standing on my stoop, his scarf casually thrown across the grey sweater under his coat.  I gave in quicker than I meant to.
“Fine.”  I grabbed my coat from the closet by the door and shoved my keys and wallet into the pocket.  “Where are we off to?”  I closed the door behind me and followed Ull into the brisk night, waiting for his promised explanation.
But he didn’t say anything.  Instead, he put his hand on the small of my back and guided me away from campus.  I shivered and noticed that Ull wore his jacket open, at ease in the chill.  As we rounded the corner, Ull dropped his hand to clasp mine.  It was so warm, so strong, and for a moment I forgot to be mad at him.  We walked in silence as he led me down the main road.  After two right turns, I found myself standing in a quiet garden.
Ull had brought me to a church.
Posted by Unknown at 12:03 PM 2 comments:

It's finally here, the day I get to share the cover for my upcoming release, Danny. The day Entranced Publishing's art director sent it to me, I actually hugged my phone (yes, I check my email from my phone -- habitually). I was so thrilled at how beautifully it turned out. It was ten times more perfect than anything I'd been imagining. And now, without further ado, I give you, Danny! 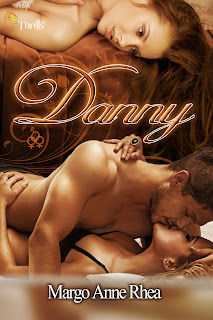 About Danny:
Paige Warren is sure she’s come to terms with her impending divorce, until she wakes up in bed with her soon-to-be ex, Danny. Worse yet, the bed belongs to Stacey, the sexual surrogate Paige and Danny have been sleeping with for months -- and Stacey’s not there.
As much as Paige tries to deny it, she soon realizes she’s still in love with Danny. Now she’s torn between him and the woman who holds them together. Should she risk hurting Stacey to rekindle a monogamous relationship with the man she once thought she’d spend the rest of her life with, or should she learn from past experience?
Danny is a sensual, erotic novella following one woman's struggle between a love she thought was over and a relationship that's barely begun

How I Got Here

As far as blogging goes, I'm about as inexperienced as they come. Never mind that I'm social-media-challenged, but I also hate talking about myself. So, it's no wonder it's taken me so long to start a blog. I've thought long and hard about what topic my first official blog post should be on, and I finally settled on writing. More specifically, I want to talk about why I first started writing and my road to publication.

I've always been a jabberer. In fact, my nickname growing up was Motormouth. I've also always had an extremely active imagination. I read like nobody's business, and would hide books in my desk at school so I could sneak a page or two whenever no one was paying attention. I might just have been the only second-grader to ever get in trouble for reading in class. In middle school, I went through the compulsory angst-ridden poetry phase and eventually segued into short stories. But, I never considered writing in terms of professions.

It wasn't until I was in college that I decided to pursue becoming an author with any sort of seriousness. One day, I woke up and decided I wanted to be an author. That was it; my mind was made up. It should be easy, right? All I had to do was write the book and send it to the publisher. Then I could just sit back and bask in my authorly successes.

My first attempts at writing novel-length material were horrible. Garbage. To this day, those manuscripts sit, locked in the vault of I'll-never-admit-I-wrote-that. I cringe just thinking about some of the things I submitted to agents and publishers. But something happened during the ten years since I had my fiction-piphany. I grew.

I learned what makes writing stronger -- how to avoid things like telling, and passive voice. I learned how to write a [halfway]decent synopsis and craft a query letter. I learned how to research agents and editors. And ultimately, I learned how to edit. You see, what I didn't realize ten years ago is that garbage happens. All the time. The best tool I could ever have is the ability to edit my garbage.

I also learned to draw inspiration from real life.

During one incredible nap (I love my naps), I had an amazing dream about my significant other, in which, we were both sleeping with the same woman. As a heterosexual woman, I was flabbergasted when I woke up and realized how exciting that dream had felt. I wanted to recapture the raw emotion. So I wrote. And I edited. I had people read my work and I edited some more. Eventually, I had a submission-ready manuscript.

Then came the task of finding the right publisher for my manuscript. Along the way, I found Entranced Publishing and I knew I was home. I sent my manuscript off to Ashley Christman the Executive Editor of Entranced and crossed shaky fingers that she would like it. She did.

Now, here I am, almost a year later and that manuscript that started as a dream (literally) is about to be published. Danny releases in just under a month, on May 20th, 2013!